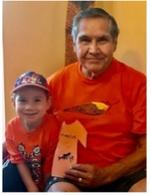 ​​Arrive consulting puts together highly-experienced teams to deliver successful projects.  We identify qualified people to suit the needs of each project, bringing together trusted colleagues with diverse experiences and skills.  In addition to the associates listed below, we also work with other consultants, Elders and youth.
Called to Action Collaborative
The 'Called to Action' Collaborative is a team of Indigenous and non-Indigenous educators and facilitators working in partnership to advance Indigenous rights and reconciliation. We are guided by the wisdom of Indigenous Elders who are part of our team. As a group, we hold expertise in training, curriculum development, planning, community engagement, project management, and cultural protocols. We are passionate, engaged, knowledgeable, and flexible to meet your needs.  Read more about us here and view our workshop offerings here.

Carmen Wiigwaas Craig is from Pemdashkoodyong, Lake of Burning Planes, referred to today as Hiawatha First Nation on Rice Lake in Ontario. She is Michi Saagii Nishnaabe, Irish, and Welsh on her father’s side and Dutch and Irish on her mother’s side. She is a member of the Crane Clan which means that she has leadership responsibilities to fulfill and continues to learn about those responsibilities every day. She currently lives on the territory of the Lekwungen peoples and is grateful for their stewardship and continued protection of the lands and waters.

Carmen has a diploma in creative writing from Camosun College, a B.A. in linguistics with a focus on language revitalization and acquisition from the University of Victoria, and is currently working on her M.Ed in Indigenous language revitalization at the University of Victoria. Carmen is passionate about linguistic and cultural resurgence and learning that is accessible to everyone. She is a lifelong and current learner of her language, Nishnaabemwin, and has built curriculum, materials, and lesson plans for adult language learners. She has also worked with Elders and Old Ones through Camosun College, worked in settler education and anti-racism training at the University of Victoria Libraries, and taught English as an additional language overseas in Ukraine, China, and Korea. ​

Roundtable Consulting
​We have delivered a number of projects in partnership with Sebastian Silva of Roundtable Consulting. Sebastian is a visitor to the coast, with French Canadian, Spanish and Irish ancestry. He brings experience gained working across Canada in various sectors including:

Has has a background in law and a passion for people.  He has dedicated his energies and relationship building to a long list of projects including several dozen involving engagement of Indigenous communities across BC, Alberta and the Northwest territories.  His skills include facilitation, community engagement, research and writing, curriculum development and project management. ​
Tanya Clarmont
Tanya is Teme-Augama Anishnabai on her father’s side and her community is Bear Island Reserve in Ontario, a water access only community.  She is also French Canadian from the Ottawa Valley on her mother’s side.  She acknowledges and embraces both sides of her culture and has made efforts to learn both the Anishnabai and French languages.

Tanya moved to BC to further her education while also continuing her career with the Friendship Centre Movement, which dates back to 2001.  She currently works for the Victoria Native Friendship Centre as the Director of Human Resources and Management Supports, which aligns well with her commitment to lifelong mentorship for Indigenous peoples.  She has also held positions at the provincial and national level of the Friendship Centre Movement.  In her consulting role, Tanya’s most recent work has centred around the topics of Reconciliation, TRC Calls to Action, UNDRIP and financial literacy.

Tanya graduated from the University of Victoria with a B.A. in Fine Arts focused in Creative Writing and attended the Banff Arts Centre in the Aboriginal Emerging Artists Program.  She can often be found sharing her stories at local public readings.  Tanya also holds a double Humanities B.A. in Native Studies and Law & Justice from Laurentian University in Sudbury, ON.

Tanya is married to a Gitxsan man and they have two small children, a girl and a boy.​
​
Keisha Charnley
​
Keisha is from the Katzie First Nation and Blackburn, England, and grew up in Vancouver, BC on the unceded territory of the Musqueam, Squamish and Tsleil-waututh nations. She has worked in Vancouver’s urban Aboriginal community for over nine years with non-profit, educational and government organizations and is particularly passionate about making space for dignified access to dynamic, decolonial, and land-based wellness strategies. She is currently working towards a degree in midwifery at the University of British Columbia and also works as a Doula, Community Garden Coordinator, and consultant. Her Ancestors and Elders have taught her about the importance of our reciprocal relationships with the land and how this translates into our collective health and she hopes to embody their teachings in her work in order to carry their legacies forward in a good way.
Alex Nelson
​​Born in 1946, Alex is a proud member of the Musgamagw Dzawada’enuxw First Nations in Kingcome Inlet. At age seven, he was taken away from family and community and became a seven-year product and survivor of St. Michaels Residential School in Alert Bay. Today, he maintains a strong family foundation with his wife Nella, daughter Natasha, grandsons Gigalis and Braden and great-grandson Marcus. His strong cultural background has been reinforced through his father Henry Nelson’s Chieftainship and by the Nelsons’ past four Potlatches. Alex is also a Hamatsa Cedar Man Dancer.

Alex holds a Bachelor of Arts Degree in Leisure Studies from the University of Victoria. He is an Elder and Senior Advisor to the Indigenous Sport, Physical Activity and Recreation Council, and helped create the then-Aboriginal Sport, Recreation and Physical Activity Strategy for BC (the first strategy of its kind in Canada). Alex continues his work with youth through the T-birds youth soccer program.

Past Executive Director of the Victoria Native Friendship Centre, Alex is a founder of the Aboriginal Sports & Recreation Association of BC. He is also a founder of the National Aboriginal Sports Circle and was the first Chair and three-time President of the North American Indigenous Games (NAIG) Council. He has served as Aboriginal Team BC Chef de Mission for the 1993 and 1995 North American Indigenous Games, Board Member of the Native Participation Committee for the 1994 Commonwealth Games and member of the Minister's Sport & Recreation Advisory Council of BC. One of his greatest and proudest achievements was helping organize the 1997 NAIG in Victoria which drew over 5,000 athletes, 3,000 cultural performers and 2,500 volunteers on a budget of only $2.5 million!

Alex knows that connection, ceremony and a sense of belonging are important to children so he has dedicated his life to helping youth as a founder of the Kwaguilth Urban Suicide Prevention & Intervention Group, where he has conducted community and self-help suicide prevention workshops for 18 years. He also lectures on Indigenous issues to universities, high schools, government bodies, communities and at various conferences. He is long-time event facilitator and Emcee a founding member of the Called to Action Collaborative.
Nella Nelson
​
Nella Nelson is originally from the N’amgis Nation of Alert Bay and married into the Musgamagw Dzawada’enuwx Nation. She is a mother, grandmother and great-grandmother. Nella and her husband, Alex, have also cared for 34 First Nations young people from their home communities.

Nella worked for the Greater Victoria School District for 39 years and retired in 2018. She was a high school history teacher and counsellor for 10 years and was the district administrator for the Aboriginal Nations Education Division, a position she held for 29 years prior to her retirement. She has also taught as a sessional instructor in the University of Victoria School of Social Work, and currently is a guest lecturer for the UVic Faculty of Education. She received a UVIC distinguished Alumni award in 2019.

Nella is a very active member in the Indigenous community. She served on the Camosun College Board of Governors from 1995-2001, and has been Chair of the Camosun College First Nations Advisory Board for 30 years. She is a Board Member of the M'akola Housing Societies, and the M’is kow’a ao Development Corporation.  She is a board/advisory member of the University of Victoria Faculty of Education Advisory and Masters of Aboriginal Counselling Program Advisory. Nella completed terms as a board member of the B.C. Children's Commission Multi-Disciplinary Team, the B.C. Human Rights First Nations Advisory, Greater Victoria Police Diversity Team, Sexually Exploited Youth Committee for the Capital Regional District and Hulitan Social Services.

Nella was seconded by the Ministry of Education to work on the curriculum teams that developed the First Nations Studies Framework for the province. In addition, Nella coauthored “A Framework for Developing First Nations Curriculums”, “A Response to the Celebration of 50 Years of Human Rights in Canada.” [Legislated Discrimination in Canada] and Welcome, Friends and Relatives, to our Bighouse: Volume 1, Kwakwak'wakw Potlatch. Nella continues to be involved in a range of cross-cultural learning initiatives including through the Called to Action Collaborative.
​
​